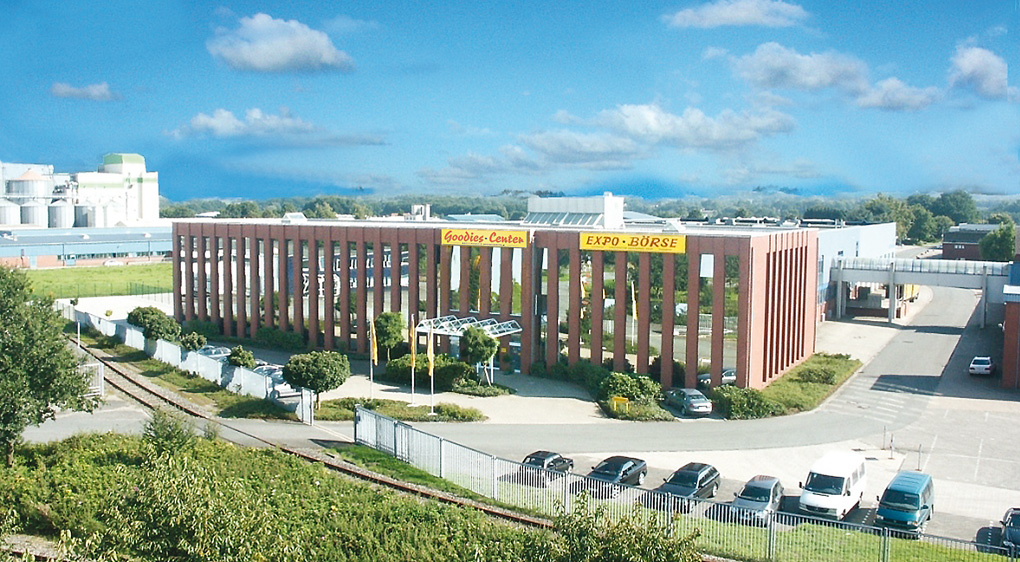 Where does the name "GOODIES" come from and what exactly is the GOODIES-Center?

"GOODIES" is derived from the word "Goods" – meaning, of course, the items that retailers buy and sell. Since "Goods" sounds a little boring, and has little association with a highly specialised trade fair for overstock and special items, the word "GOODIES" was chosen.

The GOODIES-Center wholesale trade fair centre, which was originally known as the "POSTEN-Center" started with an idea thought up by Ankum wholesaler George Dobelmann, who with his international wholesale company EXPO-BÖRSE and his POSTEN-BÖRSE retail chain (currently totalling 83 retail outlets) is viewed both nationally and internationally as being a genuine 'guru' in the business for overstock, special items and promotional goods of all kinds.

Every wholesaler, importer and manufacturer needs a suitable platform for presenting their goods to potential customers, which until recently had only been possible at national and international sector-based trade fair events or at a company's own display space. On this basis, the idea was to bring a “healthy mix” of wholesalers and importers with all of their sample products under one roof in order to bring a year-around retail orders fair into life. With a correspondingly wide range of goods and at a unique location with several specialist businesses, customers would then be able to order their goods in order to equip their stores.

We use cookies on our website. Some of them are essential for the operation of the site, while others help us to improve this site and the user experience (tracking cookies). You can decide for yourself whether you want to allow cookies or not. Please note that if you reject them, you may not be able to use all the functionalities of the site.